This to what I would consider as my ultimate Grand Tourer todate (besides the Ferrari 599 obviously! 😉 )…imagine something I could use on a daily basis to commute between one detailing assignment to another while carrying all my detailing tools & accessories in the boot and be able to cruise down North-South Highway at speed exceeding 300km/h with ease. This is the Bentley Continental GT!

This is not just any other ordinary Bentley Continental GT…it’s 12 cylinders engine has been mutated to produce 680bhp (up from the pedestrial 552bhp) to drag along it’s massive 2.8 tonne frame in a rush of aderanin (i.e under 4.5sec to 100km/h) that you wouldn’t think is possible in such a beast. The rush of torque seems never ending and it can be quite frightening the first time you wide-open throttle it! 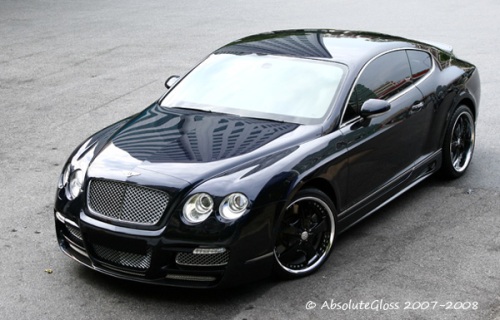 Anyone who have detailed any one of the modern Bentleys will agree with me that it’s paintwork is simply exquisite. It averages 280 micron in thickness on all panels and the finishing of the paintwork is some of the best I’ve seen on any car. But then again it has also got one of the softest clearcoat I’ve seen on any supercars todate and the few Conti GT and Flying Spur that we have detailed all spot some ugly swirls left behind by carwashes & less careful of detailers…this phantom black is the toughest nut to detail to a perfection!

50:50 after 3 passes of light compound & medium polish but before finessing/finishing polish…

A quick check under regular florescent lighting show a different series of imperfection altogether…(now who says proper lighting is not important?)

Front bonnet (unpolished) v side fender (after 3 passes) …now we began to see some proper paintwork rather than a graffitied panel…yes the paint changed from slight bluish (under florescent lighting) to slightly purplish (under halogen light) but I assure you they are both are from the exact same car and they are black under sunlight!

This is what a finely polished bonnet will look like…

The owner have also spent close to S$40k on the ASI body kit & exhaust for this car…it instantaneousy transform an ordinary looking Conti GT to a one-of-a-kind mean-looking grand tourer. It did receive lots of admiring glances while parked in my garage!

Compare that with a stock looking Conti GT in silver…the silver looks a tad…bland?? Well the colour don’t especially brings out the curve of this finely scuplted design. 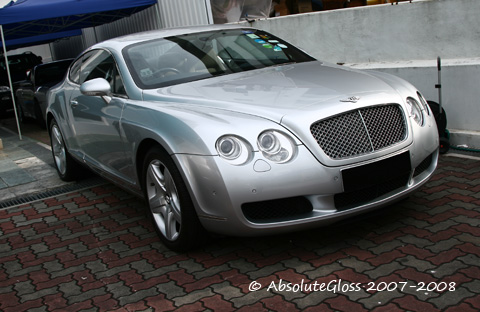 A couple of views from the rear. Oh and the quad exhaust…you’ll either love it or loathe it! 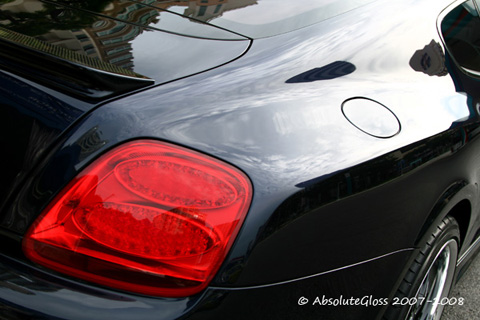 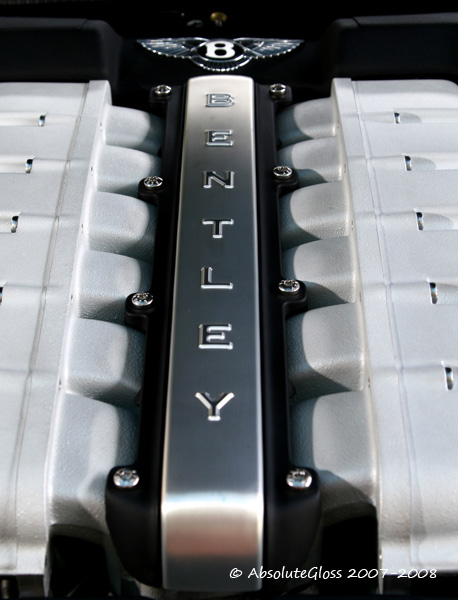 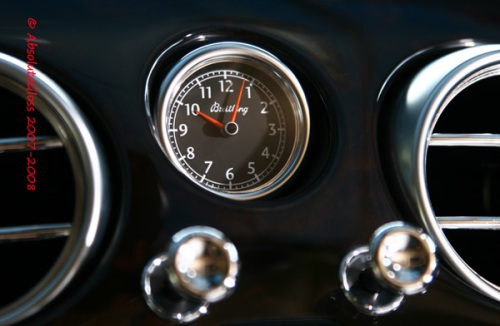 …where the fun starts 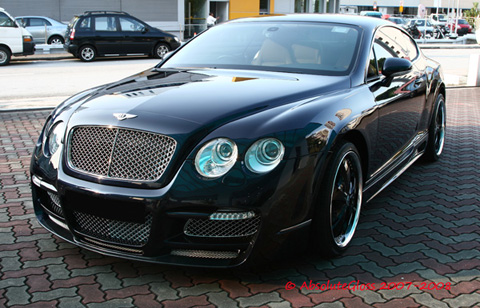 This entry was posted in Automobile, Detailing, Photography. Bookmark the permalink.